You may not remember the Th!nk City, but it was one of the very first modern electric cars on the road. It was produced by Valmet Automotive, a manufacturing contractor who also delivered the Fisker Karma, the original Porsche Boxter and Cayman, and multiple Saab and Mercedes-Benz vehicles. Valmet Automotive will now be in charge of producing the Lightyear One, as the two companies announced.
If you don’t remember the Lightyear One, it is the electric car with substantial solar panels over its body that managed to run 710 km with a fully charged 60 kWh battery pack. That will make it one of the most efficient electric vehicles around when deliveries start. Valmet Automotive should start producing it in summer 2022. The first prototypes should be built in January 2022.

The company mentioned that Valmet Automotive would help it to produce an “exclusive first series” of the Lightyear One. It is not clear if Lightyear is talking about the 946 units it said it would create at first or if this is another small batch of this hyper-efficient vehicle. We sent the company a message to clarify if that is the case and why it wants to produce exactly 946 units of the car in this first limited series.

When Lightyear states that Valmet Automotive will create prototypes in January 2022, we suppose that these will be pre-production vehicles destined to crash test and more homologation procedures for the car to be road legal. We have also contacted the Dutch company to clarify that.

The first units of the Lightyear One will start at €150,000, which is quite expensive for a brand that is beginning its career. Despite that, the electric vehicle already presented quite eloquent numbers, such as being able to achieve 11.8 km/kWh – or 7.3 mi/kWh, if you use miles as a reference. It’s much more than the Mercedes-Benz EQS and the Lucid Air can offer. The question is if that will help Lightyear to sell 946 units or more. 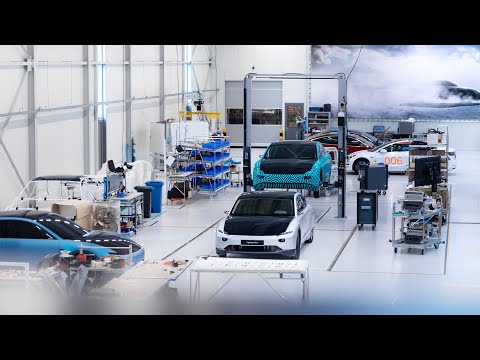 Trump’s Business Hauled In $2.4 Billion During Four Years He Served As President

Trump’s Business Hauled In $2.4 Billion During Four Years He Served As President