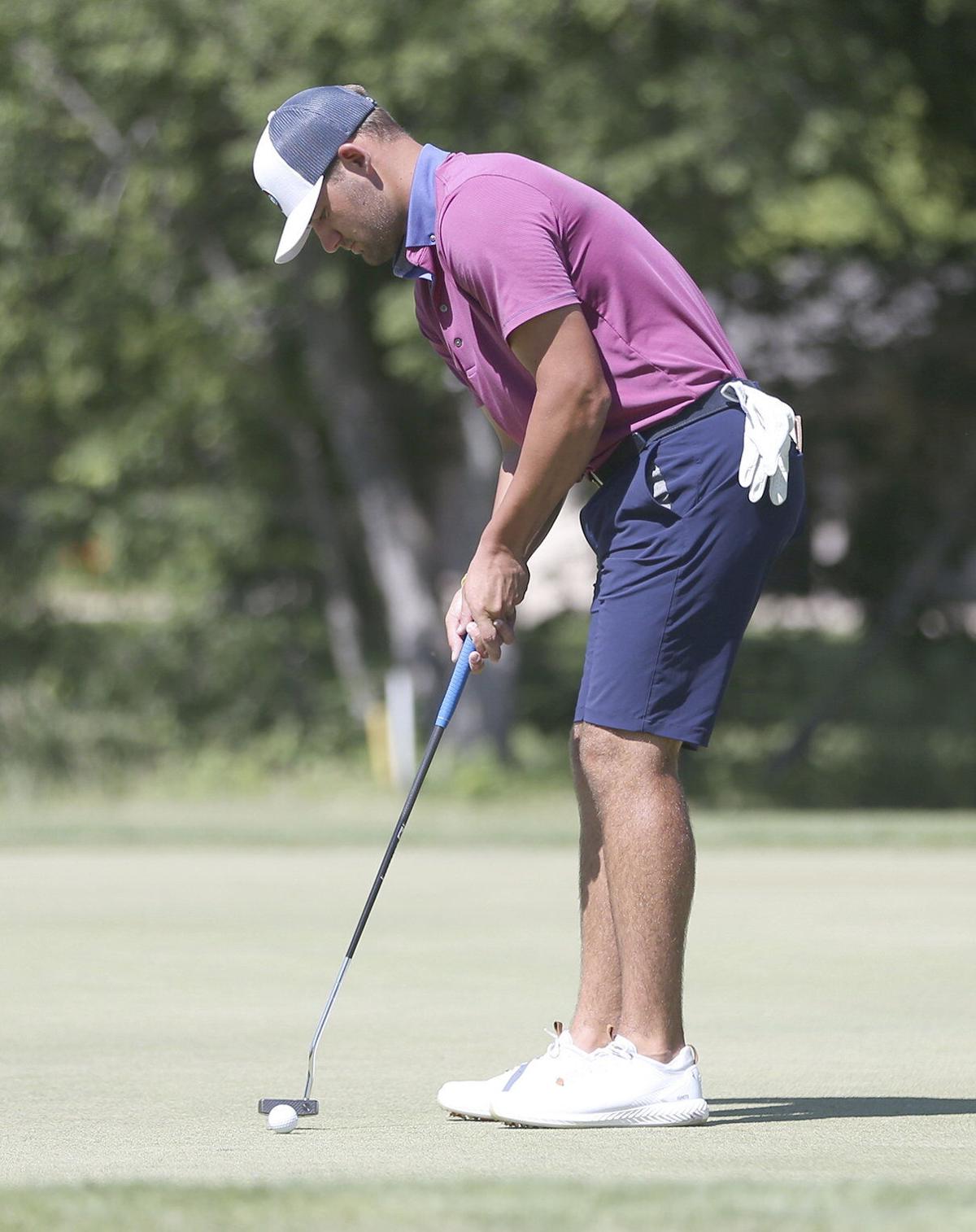 Luke Kluver putts the ball on hole 8 during the second day of the Dinsdale Automotive Amateur Golf Classic Sunday at Riverside Golf Course. Kluver made the putt to give him a birdie on the hole, helping him winning the title with a two-day total of 133. (Independent/Marc Zavala) 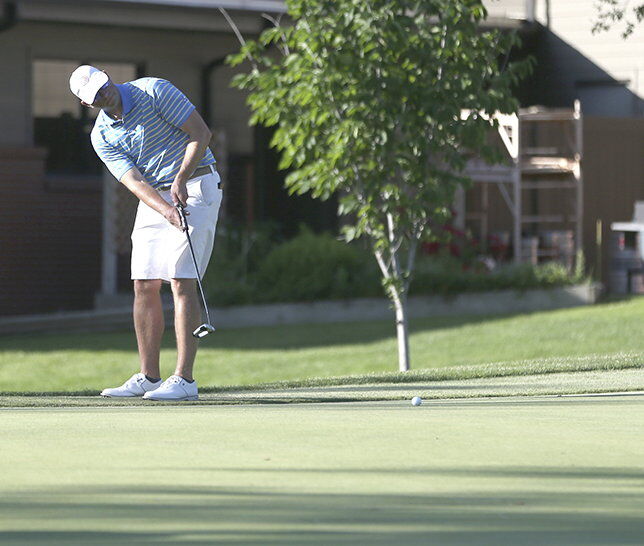 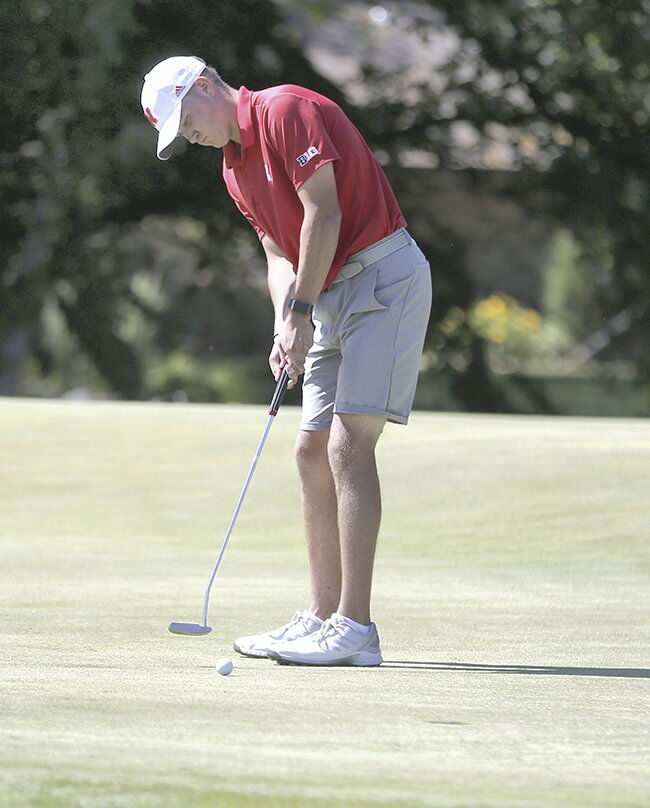 Luke Kluver tees off on the hole 9 during the Tom Dinsdale Automotive Amateur Golf Classic Sunday at Riverside Golf Club. Kluver made a birdie on the hole, helping him win the tournament with a 133 two-day score. (Independent/Marc Zavala)

Already owning a five-stroke lead going into the second round of the Tom Dinsdale Automotive Amateur Golf Classic, Luke Kluver just wanted to a have a strong finish.

The Norfolk did just that. After shooting a 66 on the first day, Kluver, who competes for the University of Kansas, followed with a 67 to take the two-day tournament with a 133 total score Sunday at Riverside Golf Club.

It was the second time Kluver has won the event as he captured the tournament in 2018.

His two-day score was one stroke off the tournament record, which was set by Columbus’ Mike Krumland when he fired a 132 two-day total during the 2006 tournament.

Kluver said he was happy with what he did to win the amateur tournament.

“To be able to follow up with what I had yesterday felt really good,” Kluver said. “To win another tournament and to play a solid 36 holes feels great as well.”

Kluver made six birdies and one bogey on Sunday. Two of those birdies came on the first and third holes.

Kluver had a tough up and down on the first hole and was able to hit the ball inside a foot to the hole. He followed that with what he said was a great putt on the third hole.

‘A different world’: At the Greensboro Science Center, a lucky few get to experience life inside the tanks | Local

‘A different world’: At the Greensboro Science Center, a lucky few get to experience life inside the tanks | Local