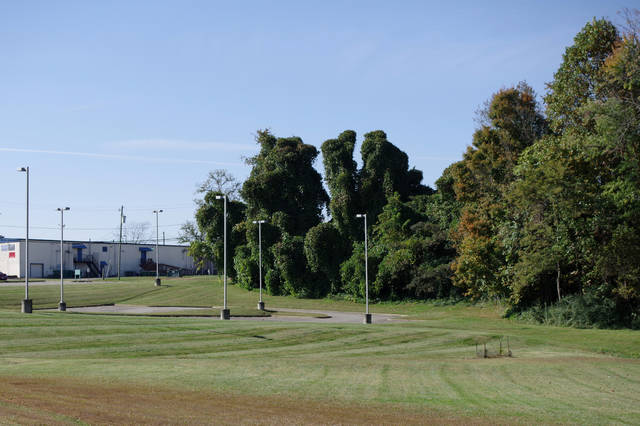 DOBSON — Surry County electrical customers usually don’t have a choice about their service provider — yet the spirit of competition isn’t necessarily a good thing, either, based on an unusual situation surrounding a jail planned in Dobson.

Faced with a choice of awarding a contract to power the new detention facility to Duke Energy or Surry-Yadkin Electric Membership Corp., the Surry Board of Commissioners chose the latter, but in a split decision.

That outcome reflects concerns by some commissioners that while the electric co-op will offer lower costs in the short run due to what one dissenter calls “teaser rates,” county taxpayers could face much higher expenses long-range by not picking Duke.

“I’m not interested in teaser rates,” Commissioner Eddie Harris said of a special economic-development charge offered by Surry-Yadkin for seven years, calling it “immaterial” and adding that he is more focused on the decades to come.

“Both are great companies, it’s not about that,” said Commissioner Van Tucker, who voted against using Surry-Yadkin during a meeting when Harris was absent, being outvoted by fellow commissioners Bill Goins, Larry Johnson and Mark Marion.

In a later meeting, Tucker sided with Harris on the losing end of a motion attempting to undo that action which produced a 3-2 vote.

“I think it’s about the best business deal for the taxpayer,” Tucker added Wednesday afternoon.

Based on figures assembled by Harris, he believes the average cost of using Surry-Yadkin service — after the seven years — would be $103,170 annually compared to $93,579 for Duke Energy.

Marion, the board’s chairman, does not subscribe to that scenario, saying he is choosing to go with guaranteed savings in the short term vs. gambling on possible lower rates by Duke down the road.

“That was a no-brainer for me, because nobody can foretell the future,” Marion explained Wednesday afternoon.

“The first year it saves us $8,000,” and so on through the special period, he said of the agreement that calls for Surry-Yadkin to re-evaluate the rate situation after it ends.

Marion indicated that market conditions make it difficult to predict the energy price outlook seven years from now, with what Duke might charge then an uncertainty today.

“Nobody knows,” the board chairman said. “If the power rate (in general) goes up, Duke’s going to be going up, also.”

The unusual situation allowing such a debate involves the location for the new jail on property adjacent to the existing detention facility near the center of Dobson.

“It’s just right behind it,” Harris said earlier this week.

Although each electrical provider has a distinct presence in different areas of the county, the new jail site is said to be in a “No Man’s Land,” meaning county officials had a choice between the two.

In March, the commissioners approved the issuance of up to $50 million in limited-obligation bonds in Fiscal Year 2021-22 to construct the jail and fund another project for Elkin City Schools. The detention facility makes up the bulk of that.

Most everything else in town is served by Duke Energy, according to the commissioner from the State Road community, who acknowledged that the co-op does provide power for some facilities including Surry County Health and Nutrition Center near U.S. 601.

Duke Energy already has infrastructure at the new jail site, including a substation “right there at the judicial center” nearby, which Harris says points to another factor in Duke’s favor: reliability.

“In doesn’t get any more reliable than that,” Harris said of the substation’s proximity in particular.

Meanwhile, the nearest Surry-Yadkin Electric Membership Corp. substation is at Salem Fork, about four miles away as the crow flies.

The co-op initially offered its discount rate for a five-year period, but apparently got wind that at least some on the board were leaning toward Duke Energy, Harris said. Surry-Yadkin then extended that two more years and also said it will sell the county government a generator at cost.

Harris says he has thoroughly researched the issue, navigating through a maze of websites detailing kilowatt hour charges and other complexities, and says it is obvious Duke Energy will be “a lot cheaper” option after seven years. “I have spent quite a lot of time on this.”

Duke can’t offer teaser rates because under the laws it is governed by, which are unlike those of the co-op, it must treat all customers equally, Harris mentioned.

“By anyone’s analysis, Surry-Yadkin Electric Membership Corp. is more expensive electricity and it will cost the taxpayers tens if not hundreds of dollars over the long run,” he said. “What you really need to do is compare apples to apples.”

In addition to the financial implications of the electrical contract, Harris and Tucker have issues with how the decision went down.

During a commissioners meeting on April 5, the county board voted 3-1 to award the electrical contract to the co-op, a decision highlighting the fact one of its five members was absent.

“I buried my mother that day,” Harris disclosed.

Another bone of contention concerns the board discussing the matter beforehand in a closed session, which is usually reserved for highly sensitive matters regarding personnel or economic incentives for a new industry, among others.

County Attorney Ed Woltz, in a letter later in the month, defended that discussion based on one provision of the North Carolina Open Meetings Law pertaining to bid information submitted by the electrical suppliers. The attorney’s position is that this did not become public until the contract was awarded.

The law states that an elected body “may” hold a closed session on even the most-sensitive matters, not that it must do so.

At another meeting on April 19, Harris spoke at length against the action taken earlier in the month due to not being present then.

There was also an attempt on April 19 to rescind the contract award to Surry-Yadkin, mirroring a desire by Harris and Tucker to have further study. It failed in a 3-2 vote.

In the wake of that action it has been learned that Commissioner Marion’s father has had a long association with Surry-Yadkin Electric Membership Corp., which is based in Dobson.

“I will just say that Surry-Yadkin has always been a good company for the community,” Marion responded Wednesday when asked about that relationship.

“My dad working there for 43 years didn’t have any bearing on how I voted.”

Not a done deal?

Despite two votes being taken on the issue, it still might not be set in stone, according to Tucker.

“It is a done deal once you vote and sign a contract.”

Tucker said that had not occurred as of earlier this week.

“I don’t think it is too late,” he observed regarding being able to alter the present course of action, which Commissioner Harris agrees is in order.

“On its face it’s just really wrong,” he said of the electrical-service decision.

“This was wrong for a lot of reasons.”