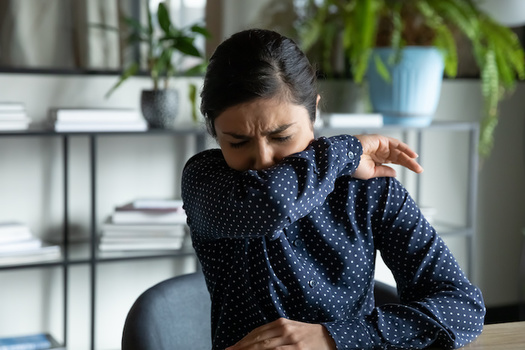 More than 30 million workers nationwide, including 67% of low-wage workers, do not have access to a single paid sick day from their employers. (Adobe Stock)

RALEIGH, N.C. — More North Carolina employers have changed their “time off” policies to include sick leave related to COVID-19, but low-income workers, and those in industries considered essential, are still less likely to have paid leave.

According to the North Carolina Justice Center, as many as three million workers have navigated the pandemic without any paid sick days.

Kathy Colville, president and CEO of the North Carolina Institute of Medicine, said paid-leave policies can have a measurable effect on the health of individuals and families.

“We’ve had these big demographic shifts in the last decade, so that most children in North Carolina are cared for by parents who are working outside the home,” Colville explained. “And we’ve also had this much more aging demographic.”

Colville pointed out paid leave has particular benefits for new mothers and babies.

Studies show women who receive at least 12 weeks of paid parental leave are more likely to initiate and continue breastfeeding, which is considered healthier for babies. She noted a 2019 Duke University study also found paid leave during a pregnancy can reduce the chance of a low-birthweight baby.

“And [they] even found that there was potentially a relationship between people having access to paid family leave and infants that would survive that might otherwise die,” Colville recounted.

Across the state, employers are starting to rethink paid leave.

Joe Mecca, vice president of communication for Coastal Credit Union in Raleigh, said his company modified its paid-time-off policies in the pandemic, when people had fewer opportunities to take vacations. He stated they offered to pay their employees instead.

“We did have some employees whose families, yeah, they lost part of their income, or had extra needs that they were trying to take of during that time,” Mecca observed. “The extra flexibility was helpful to them.”

He added employees now receive an extra paid leave day to get coronavirus vaccinations or recover from side effects.