THE FLATS – Qualifying for the 121st U.S. Amateur continues this week with five Georgia Tech players attempting to gain berths in the championship at three different locations, while five other Yellow Jackets are entered in three big amateur events – the Southeastern Amateur, the Porter Cup and the U.S. Junior Amateur.

Former Yellow Jackets Noah Norton (Chico, Calif.), who graduated in May, and Bo Andrews, who now serves as assistant golf coach at Tennessee, have already qualified for the U.S. Amateur. Norton was the medalist at last week’s qualifier at the Capital City Club Crabapple course in Milton, Ga., while Andrews posted a runner-up finish at Longmeadow, Mass., a week earlier. Norton will be playing in his fifth U.S. Amateur. Another former Yellow Jacket, football wide receiver R.B. Clyburn, captured a spot in the championship at the Crabapple qualifier.

All U.S. Amateur qualifiers are 36-hole competitions, some conducted in one day, others over two days, with varying numbers of qualifying spots available. The 121st U.S. Amateur will be played Aug. 9-15 at Oakmont Country Club in Oakmont, Pa., outside Pittsburgh. The last two U.S. Amateur champions have been Yellow Jackets – Tyler Strafaci in 2020 and Andy Ogletree in 2019. 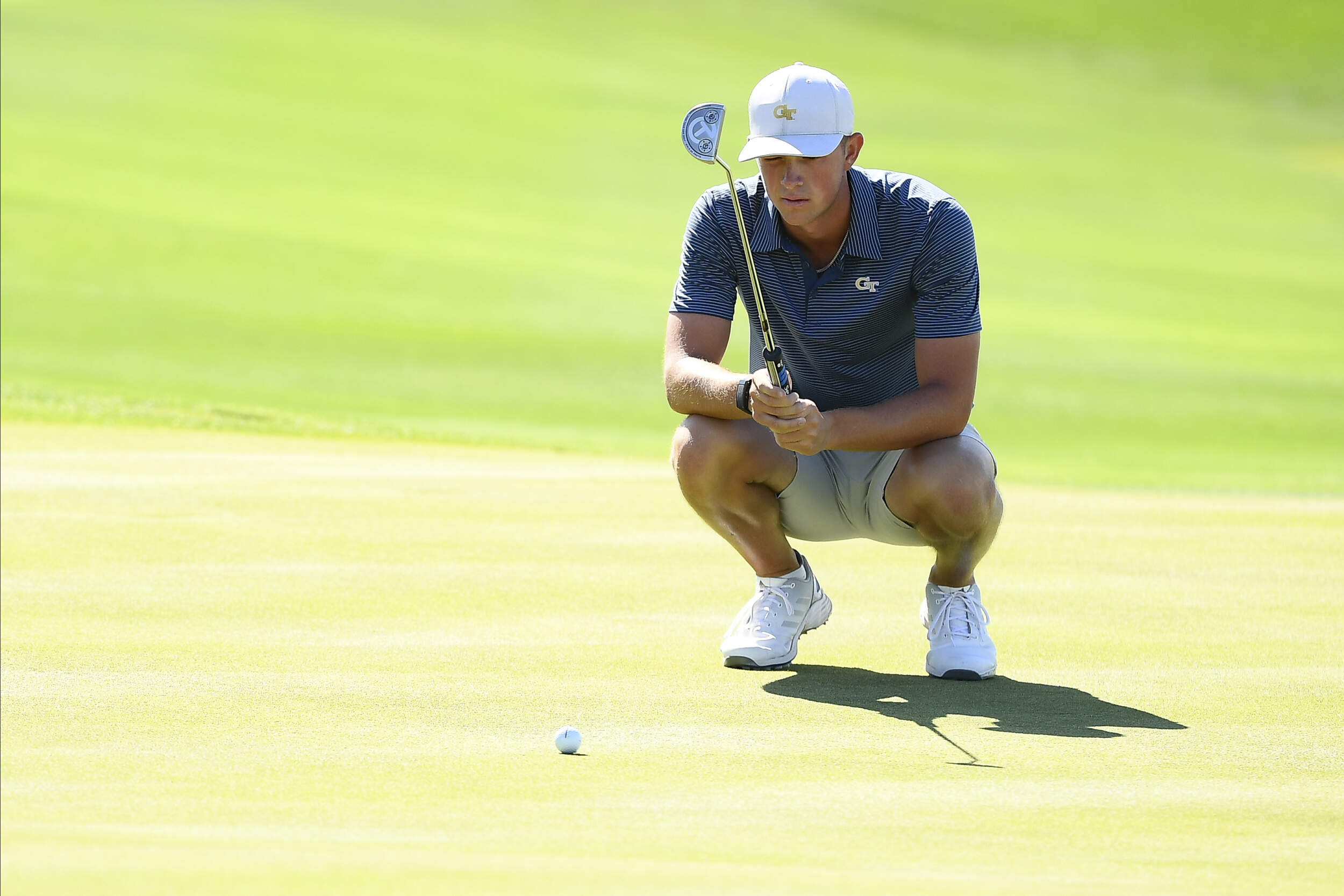 Rising juniors Luka Karaulic (Dacula, Ga.) and Andy Mao (Johns Creek, Ga.) and rising sophomore Aidan Kramer (Oviedo, Fla.) are competing in the Southeastern Amateur at Columbus, Ga., a 54-hole event that begins Wednesday at Columbus Country Club. Karaulic and Kramer both have victories under their belts this summer, Karaulic having won a GCAA Summer Series event back in June, and Kramer winning the Yamaha Atlanta Open in May.

Junior Bartley Forrester (Gainesville, Ga.) is the lone Yellow Jacket competing in the venerable 72-hole Porter Cup beginning Wednesday at Niagara Falls Country Club in Lewiston, N.Y. Forrester is the first alternate for the U.S. Amateur from the Crabapple site, where R.B. Clyburn beat him on the first playoff hole for the fifth and final berth.

Also, incoming freshman Benjamin Reuter (Naarden, The Netherlands) made his way to the United States and is one of 36 international players competing in the U.S. Junior Amateur Championship that begins today (Monday, July 19) at the Country Club of North Carolina in the Village of Pinehurst. Thirty-six holes of stroke play begin today, after which the field will be pared to 64 players for match play beginning Wednesday. The 36-hole championship match is set for Saturday.

Reuter gained an exemption into the championship at one of the top 85 age-eligible players in the World Amateur Golf Ranking (he is No. 375 overall in the world). The 18-year-old advanced to the Round of 16 in the Spanish Amateur and tied for fourth in the German Boys Open this year. 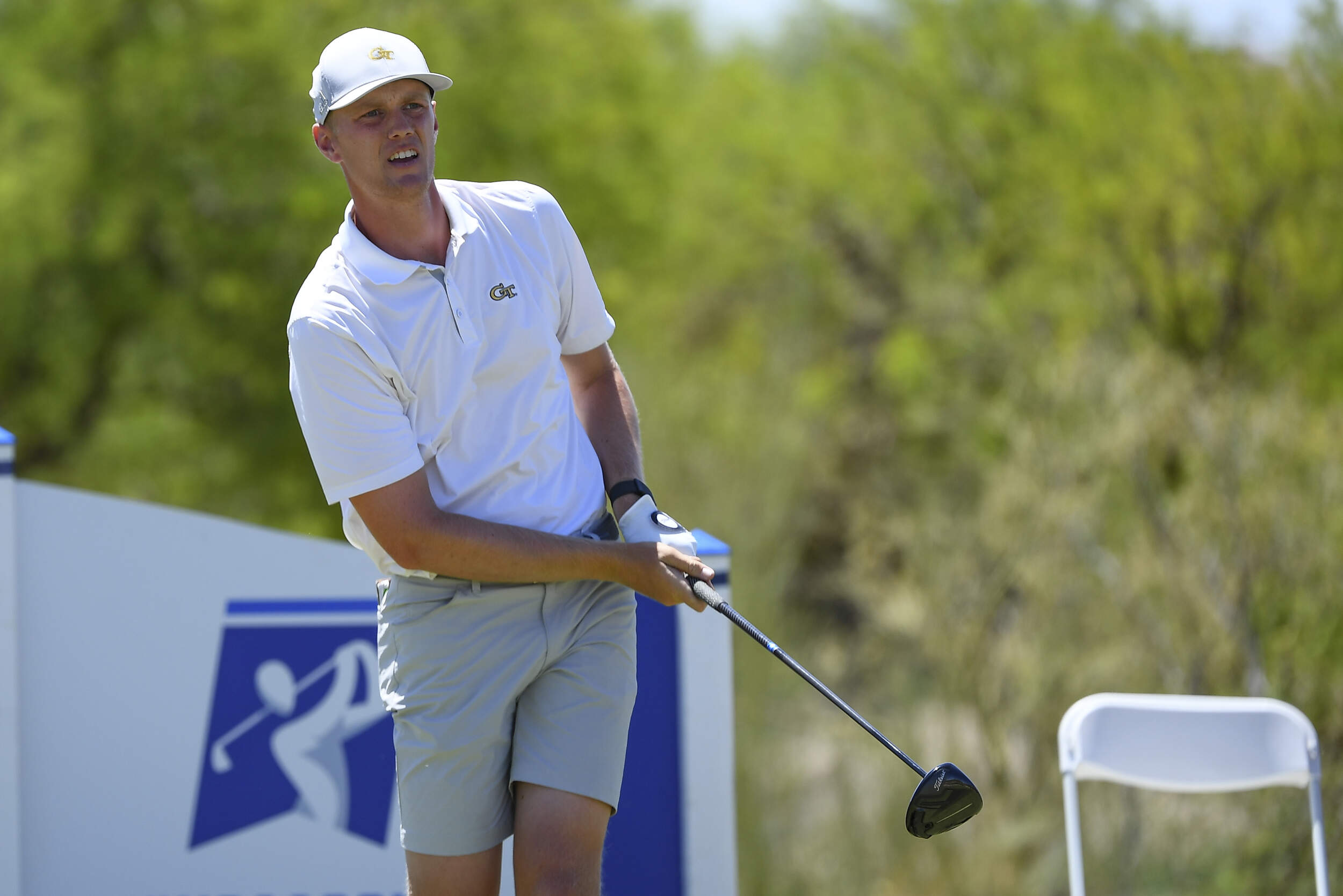 Bartley Forrester is the lone Jacket competing at the Porter Cup this week in New York. (photo by Tim Cowie)

Connor Howe led three Yellow Jackets who survived the 36-hole cut at the Southern Amateur in West Point, Miss., tying for fifth place overall with a 13-under-par score of 271. That included a second-round 62 that gave him the 36-hole lead. He was in second place after 54 holes, but shot 72 on Saturday to drop to fifth. Howe shot a 61 earlier in the summer in round 2 at The Dogwood.

Sophomore Ross Steelman tied for 50th place after closing with a 66 for a tournament total of 282 (-2), and recent graduate Will Dickson (Providence, R.I.) finished 69th at 291 (+7). Christo Lamprecht and Ben Smith both missed the 36-hole cut.

Howe, Lamprecht, Smith and Noah Norton are entered in next week’s Western Amateur in Illinois.

The 115th Southern Amateur Championship is presented by @stitchgolf pic.twitter.com/HEpe9uPz6X

The Alexander-Tharpe Fund is the fundraising arm of Georgia Tech athletics, providing scholarship, operations and facilities support for Georgia Tech’s 400-plus student-athletes. Be a part of developing Georgia Tech’s Everyday Champions and helping the Yellow Jackets compete for championships at the highest levels of college athletics by supporting the Annual Athletic Scholarship Fund, which directly provides scholarships for Georgia Tech student-athletes. To learn more about supporting the Yellow Jackets, visit atfund.org.

Georgia Tech’s golf team is in its 26th year under head coach Bruce Heppler, winning 65 tournaments in his tenure. The Yellow Jackets have won 18 Atlantic Coast Conference Championships, made 29 appearances in the NCAA Championship and been the national runner-up four times. Connect with Georgia Tech Golf on social media by liking their Facebook page, or following on Twitter (@GTGolf) and Instagram. For more information on Tech golf, visit Ramblinwreck.com.

US Representative Nancy Mace to House Speaker Pelosi: ‘I follow science — not Pelosi. Come and get me.’

US Representative Nancy Mace to House Speaker Pelosi: ‘I follow science — not Pelosi. Come and get me.’