THE FLATS – Georgia Tech signed its highest-rated class in nine years during the November signing period when four-star guards Dallan “Deebo” Coleman and Miles Kelly, as well as three-star forward Jalon Moore, put their names on letters-of-intent to join the Yellow Jackets. All of them held their position or improved as seniors

The three-player class was rated as high as 15th-best in the nation and third-best in the Atlantic Coast Conference according to the 247Sports composite team rankings, and was rated 28th, fourth in the ACC, in early June.

Coleman, a 6-6 guard from Callahan, Fla., at No. 53 nationally, was the highest-rated player to sign with Tech during the tenure of head coach Josh Pastner when he inked his letter-of-intent in November. Kelly, a 6-5 guard from Lilburn, Ga., was No. 88 according to 247Sports. Moore, a 6-6 forward from Gardendale, Ala., was No. 121.

Coleman and Kelly were both among the nominees for the 2021 McDonald’s All-American Game.

The three freshmen arrive along with one of the nation’s more coveted transfers, Deivon Smith, a 6-1 point guard from Loganville, Ga., who enjoyed a solid freshman campaign at Mississippi State, where he helped the Bulldogs reach the championship game of the NIT.

They join a Tech team coming off its first Atlantic Coast Conference championship title in 28 years and its first berth in the NCAA Tournament since 2010. The Yellow Jackets finished with a 17-9 overall record and their best regular-season conference finish in 17 years, fourth place with an 11-6 record. 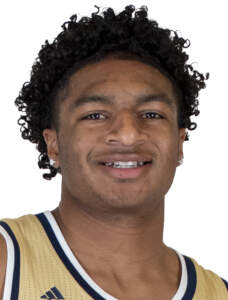 Coleman was named Florida’s Mr. Basketball as well as the Florida Class 4A Player of the Year at the end of the 2020-21 season. He averaged 24.7 points, 9.0 rebounds and 4.2 assists as a senior for the Warriors, who turned around their season in mid-year with a 14-game winning and led them to the Florida High School Athletic Association final four. Coleman finished his West Nassau career with 2,539 points, second in the region’s history behind only Fletcher’s Myron Anthony during the 1990s. Long considered among the area’s most explosive scorers, he improved as a rebounder — he compiled 745 for his career, after averaging just 2.5 in his first season — and as a provider, going from 0.8 assists per game to more than four. He had 38 double-doubles at West Nassau, 19 of those this season. 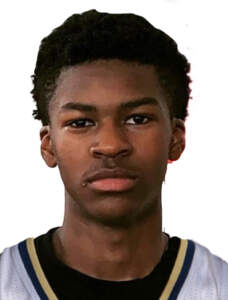 Kelly spent his senior year of high school at Hargrave Military Academy in Chatham, Va., after prepping at Parkview High School in Lilburn. The 6-5 sharpshooter saw his stock soar after being unranked last year at Parkview. Kelly’s 17.3 points per game, 3.4 3-pointers made per game and 46.1% 3-point percentage all ranked second on the team for the undefeated (27-0) Tigers. He also led the Tigers in deflections with 7.1 per game. His team averaged more points per game (114.3) than any other Hargrave team on record. Kelly helped lead the Tigers to a 31-1 overall record, losing only to DME Academy in the opening round of the National Prep Championship, where they were the No. 2 seed. Kelly joined an exclusive fraternity of basketball players on Feb. 23, eclipsing the 1,000-point milestone with his fifth point of the game, continuing on to score a team-high 27 points in the victory over Hosanna College, an achievement that is even more impressive when taken into account that he did not play varsity basketball as a freshman. 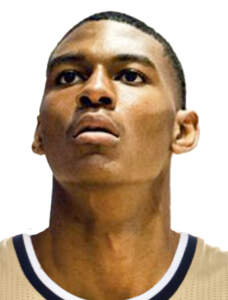 A consensus three-star prospect, Moore attended Gardendale High School in Gardendale, Ala., where he earned all-state honors as a junior in 2019-20. Moore averaged 21.7 points, 9.0 rebounds, 2.6 assists and 1.5 blocked shots per game as a senior at Gardendale, hitting 57 percent of his shots from the floor and 33 percent of his three-point tries. As aa junior, he averaged more than 20 points and 10 rebounds per game, earning a ASWA (Alabama Sports Writers Association) all-state nod.

Men’s season ticket prices start at $290, and returning season ticket holders that renew their seats by April 9 will save $25 per ticket. All price levels and associated TECH Fund donations remain unchanged from 2019-20. For a full pricing chart and list of benefits, click here.

The Alexander-Tharpe Fund is the fundraising arm of Georgia Tech athletics, providing scholarship, operations and facilities support for Georgia Tech’s 400-plus student-athletes. Be a part of developing Georgia Tech’s Everyday Champions and helping the Yellow Jackets compete for championships at the highest levels of college athletics by supporting the A-T Fund’s Annual Athletic Scholarship Fund, which directly provides scholarships for Georgia Tech student-athletes, and the Support The Swarm Fund, created to give fans an opportunity to help Georgia Tech athletics maintain its recent momentum through the financial challenges of the Covid-19 pandemic! To learn more about supporting the Yellow Jackets, visit atfund.org.

Georgia Tech’s men’s basketball team won the Atlantic Coast Conference Championship in 2021, winning the conference tournament after finishing fourth in the regular season. Tech has been a member of the Atlantic Coast Conference since 1979, winning four ACC Championships (1985, 1990, 1993, 2021), playing in the NCAA Tournament 17 times and playing in two Final Fours (1990, 2004). Connect with Georgia Tech Men’s Basketball on social media by liking their Facebook Page, or following on Twitter (@GTMBB) and Instagram. For more information on Tech basketball, visit Ramblinwreck.com.